Freedom Seat - A 3000km adventure across New Zealand by Tandem

Naresh Kumar is a man of many talents, which include being a writer, web developer, product manager and adventurer just to name a few.

After venturing into the world of the world of ultra-marathoning for a few years and running races throughout North America, Naresh decided quit his corporate day job to start his own adventure runs all over the world. In 2014, Naresh ran unsupported in Sandals through the Te Araroa trail in New Zealand covering 3054km!

On his latest mission, Naresh Kumar rode 3000km through New Zealand from Cape Reinga to Bluff on a Tandem bike (with the help of a Quad Lock). With a vacant rear seat, Naresh's goal was to encourage friends and strangers to join in along the way for a rare experience and help pedal for a cause very close to his heart - to raise awareness about human trafficking and educate people on how to contribute towards a better world without slavery.

We asked Naresh about his latest adventure, Freedom Seat. 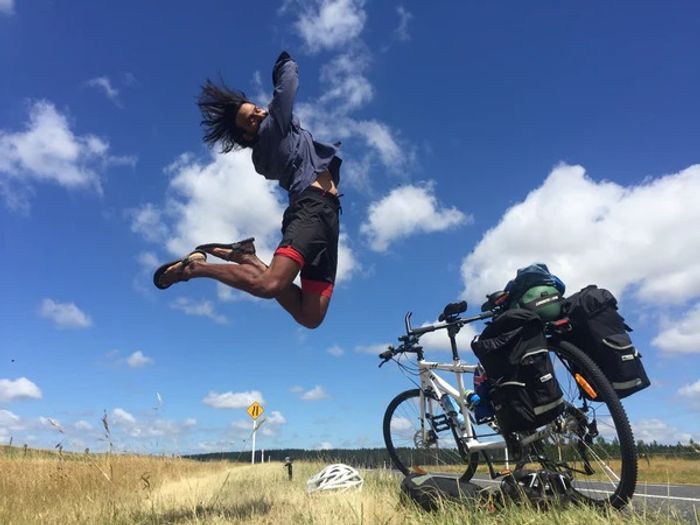 What is the meaning behind the term "Freedom Seat"?

Freedom - The highest form of living. Even if you are homeless and starving, you will still be a free human being free to go where you go want to go and do what you want. But even in this 21st century, it’s astonishing that we have 21 million people enslaved one way or the other out of which 4.5 million are women and children who are the most vulnerable of any community. Freedom Seat is all about earning this Freedom for those who don’t have it so that they can also enjoy the highest form of living.

Only when you experience captivity can you appreciate freedom. That’s what Freedom Seat set out to do. As a stoker, the rider on the back seat of a tandem bike has no freedom. He can’t go where he wants to go and stop when he wants to stop. He goes where I take him and my mistake will cost him dearly. If I fall, he falls. Also trust is a huge factor. Imagine asking a random stranger to help you ride a tandem for a cause. They trust you and get on the back seat not realizing what they signed up for.

This draws a clear metaphor to what happens in a trafficked victims life. Once upon a time, the victims trusted a random stranger who showed a world of promises and dreams. In hopes of finding a better life, they followed him only to realise that they have been enslaved with no exit plan. They can’t go where they want to and stop what’s happening to them.

Opening someone’s wallet is easy but opening someone’s heart is the tough part. An adventure like this especially where you have to push your limits for a cause makes it worthwhile. It makes you more vulnerable and raw. When the riders step off the bike, they will return home as advocates and do their part to help raise awareness, finding others to contribute to the cause. Reminds me of a quote by Margaret Mead.

“Never doubt that a small group of thoughtful committed people can change the world. Indeed, it is the only thing that ever has." - Margaret Mead

Riding a Tandem Bike 3000km across the length of NZ is an amazing feat! How did your Tandem Bike hold up?

My tandem bike had a name. It was called ‘Kindness’. And NZ terrain and roads put ‘Kindness’ to the absolute test. Towards the end, I had about 10+ flats, 32 broken spokes, two tires and a charred disc brake. But ‘Kindness’ survived the expedition because of the love and kindness showed by people all along the way. 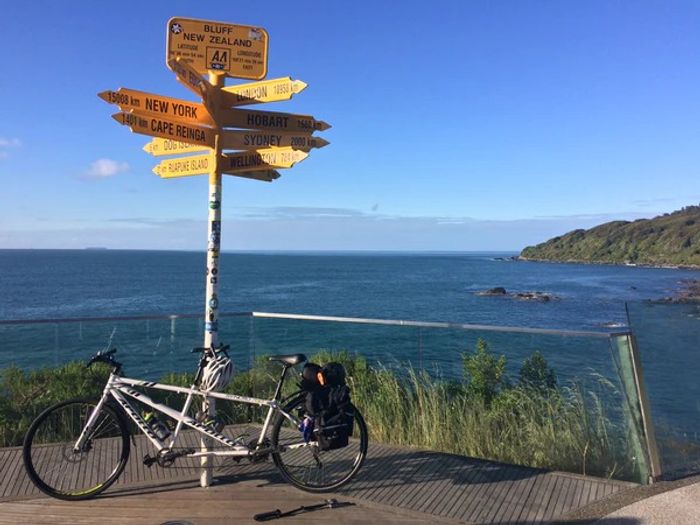 Part of your expedition involved inviting strangers to jump on and join you on the Tandem bike for some of the way, you must have met some interesting people, who was most memorable and why?

I had a flat in the middle of nowhere. Not just a flat but the tire was split wide open. Looks like someone enjoyed some fine oysters and threw the shell on the road and it split open my front tire nice and clean. The damage was real bad and only a tire replacement was necessary to continue the expedition.

That’s when I met Melanie. I asked her if I could just pitch my tent in her yard for the night and leave in the morning. When she asked me what I am up to, I told her my story and about Freedom Seat. She opened her doors for me and introduced me to her family. A lovely story time ensued around the dinner table and her boys were moved by the stories about child trafficking. The youngest walked up to me and said, “Naresh, you don’t have to sleep outside or on the couch. Please take my bed and get some good night sleep. You had a long rough day. It would be my honor if you could take my bed. Its the very least I could do to help your journey.” I was moved by his words and his kindness. No matter how much I convinced him that I will be on the couch, he persisted. 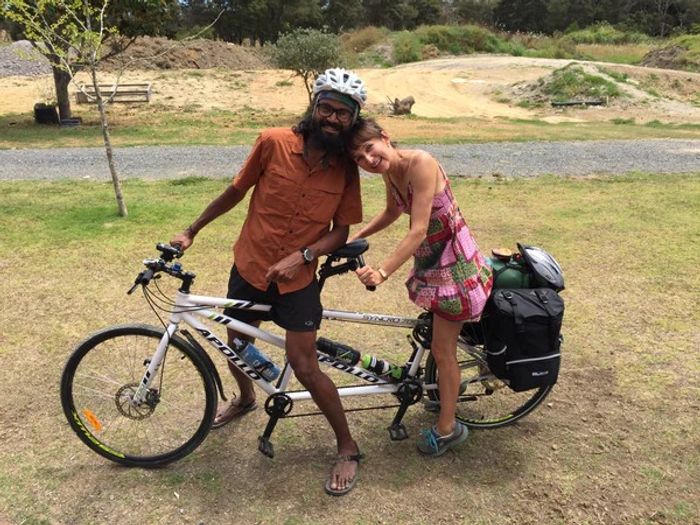 I was supposed to be out there, rotting on the side of a road yet here I am in a comfortable bed, tummy full of good food and beer getting a goodnight’s rest. Reminded of the bible verse, “Love thy neighbor as yourself” and I felt so blessed to be among people are practicing it. The next day morning, Melanie drove me to the nearest town, helped me get my wheel fixed, paid for the tire, brought me back. A 80 km round trip. She helped me fix the bike and cooked awesome lunch and packed some for the onward journey. When I was ready to take off, the boys took turns and helped me pedal to show their support to #standwithher.

After exchanging hugs and saying our goodbyes, they drove away and I pedaled on thinking, what have I done to deserve this kindness. I pedaled into their life all broken, tired, weak and vulnerable and left with my strength renewed and hope restored in humanity.

This is just one of the many memorable memories.

What was your favourite part about the journey?

The people that I got to meet during the journey was absolutely the favorite part of Freedom Seat. It made me realise that ‘Everyone’s got a story worth telling’. While pedalling, I was listening to their stories and life challenges. I was making deep meaningful connections. Human kindness is so real. It is the small things, every deeds of ordinary people, their simple acts of kindness and love. Experiencing it everyday was simply amazing. That’s what gave me the courage and strength to continue on with Freedom Seat. 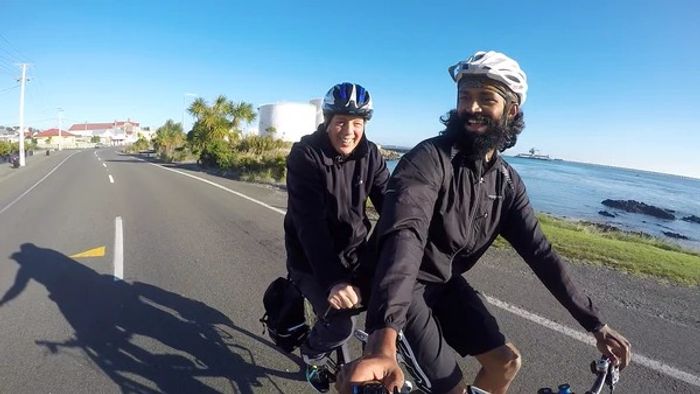 What bikepacking essentials would you recommend taking on a 3000km tandem ride across NZ?

I am a minimalist at heart. I strongly believe that ‘Less is more’. My heart list.

How much money did you manage to raise from ‘freedom seat’ and how did you go about raising the funds?

What’s next in store for you, any more expeditions?

Planning in Progress: A ride across Australia from Perth to Sydney & Freedom Seat India. 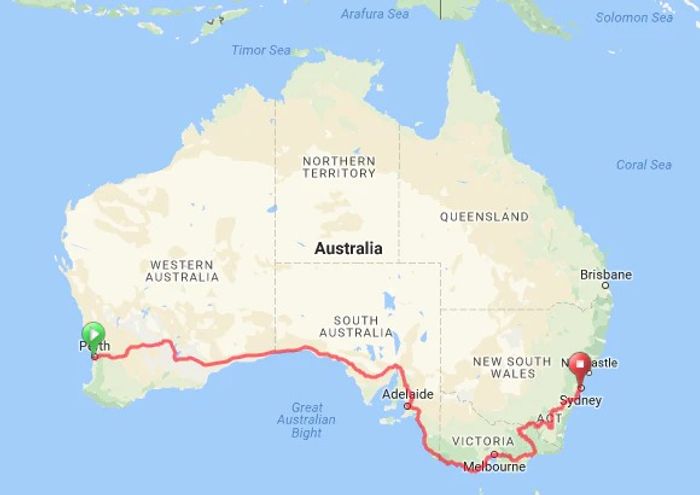 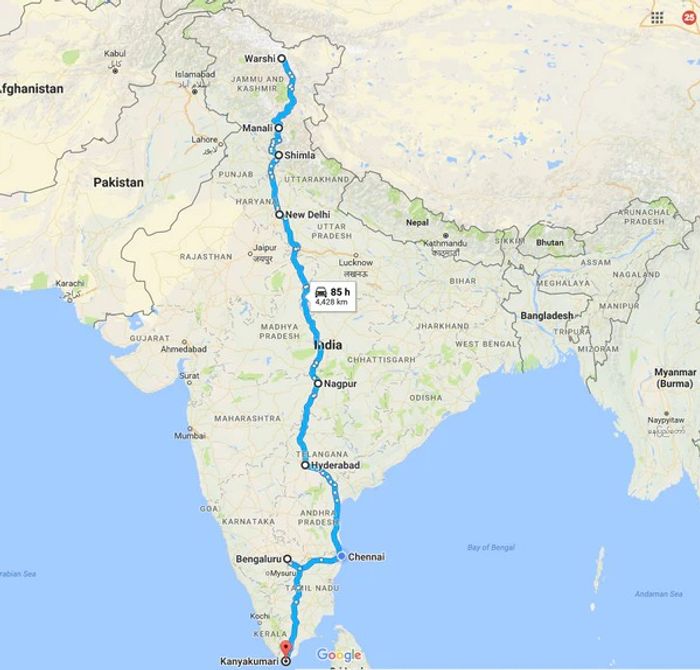 Finally, what will it take to see a world without slavery?